” (…) The cloud over the earth reduced global temperatures. In 1992 and 1993, the average temperature in the Northern Hemisphere was reduced 0.5 to 0.6°C and the entire planet was cooled 0.4 to 0.5°C. The maximum reduction in global temperature occurred in August 1992 with a reduction of 0.73°C. The eruption is believed to have influenced such events as 1993 floods along the Mississippi river and the drought in the Sahel region of Africa. The United States experienced its third coldest and third wettest summer in 77 years during 1992. 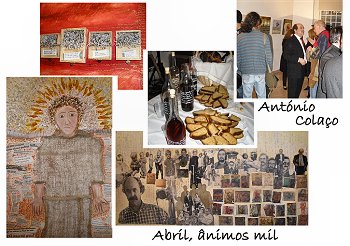 “Any side whose palmares include 18 national titles, 19 national cups and a UEFA Cup warrants the tag “giants”. When the club in question regularly boasts attendances in excess of 40,000, takes part in one of the most fiercely-contested derbies in the world and has produced some of the game’s greatest players through its famed academy, there can be no question that it deserves to be treated with the utmost respect. That, though, will be in short supply for years to come after what happened last night to Sporting Clube do Portugal, (mistakenly) known in this country as Sporting Lisbon.
Humbled 7-1 in the Allianz Arena by a Bayern Munich side who are not exactly setting their own domestic championship alight, a team so average they are trailing a Hertha Berlin side whose best player is the failed Liverpool forward Andriy Voronin. That followed a 5-0 reverse in the cacophony of the Jose Alvalalde two weeks ago, for an aggregate scoreline of 12-1. 12-1 in the last 16 of the biggest club competition in world football. 12-1 in a tournament where managers constantly remind us that all the games are tough.
A catastrophe like that will take years to recover from. Paulo Bento, the coach, will no doubt leave after a disappointing season. But where do Sporting go? Portugal cannot tempt the best players, the country’s clubs are all but bankrupt and attendances are nosediving. Miguel Veloso, the cultured anchorman, and schemer Joao Moutinho will be sold in the summer to finance rebuilding, with the Premier League vultures ready to swoop. Young hopefuls like Bruno Pereirinha and Adrien will follow them out of the door, if not this year then next. Another generation will come through the hallowed halls of Alcochete, the youth academy which has produced Nani, Cristiano Ronaldo, Luis Figo, Ricardo Quaresma and the forefather of them all, the magnificent Paulo Futre. Their heirs will don the green and white hoops for a couple of years, surrounded by sundry Brazilians and Eastern Europeans deemed not good enough for Europe’s major leagues. Sporting will never be able to compete. They are destined to become a footnote in football’s new world order.
In another world, this would not have been a eulogy for Sporting, but a paean. In another world, they would have lined up last night with Simao Sabrosa on one wing, Quaresma on the other, Veloso and Moutinho in the centre. Ronaldo would have floated behind Liedson, the Brazilian striker (as the continued inclusion of Helder Postiga and Nuno Gomes in the national team suggests, Portugal doesn’t do strikers, at least not any more). Had they needed to calm things down, Luis Figo could have come on late in the game to weave his own special brand of magic. Few sides in the world, let alone Europe, would have been able to cope.
That world is a long, long way, or a global financial meltdown so complete that the gilded towers of the Premier League are affected, away. It is not just Sporting. Ajax have been plundered of all their best players. PSV, Feyenoord, Panathinaikos, Steaua Bucharest, Red Star, Sparta Prague, Benfica, Porto, Anderlecht, Marseille have all gone. The exotic names that used to make Europe so exciting, so unknown, have all fallen on the altar of football’s unabashed capitalism. They are now feeder clubs, either officially or unofficially, of their young players to the cash-rich teams on our shores or sides so irrelevant that third-rate footballers ply their trade in some of the cathedrals of the game.
They cannot be saved, at least not in the foreseeable future. Even Porto, the last club to make a stand under their Cochise, Jose Mourinho, were stripped of all their best players and their manager within about 15 minutes of beating Monaco in the 2004 Champions League final. But the virus is spreading, claiming new victims. Real Madrid were humiliated at Anfield with the likes of Julien Faubert, Gabriel Heinze and Lassana Diarra in their squad. Even the most famous name in European football, the biggest club in the world, is feeding on the Premier League’s scraps.
There are those who see that as a good thing, see the dominant position of the Premier League almost as affirmation of England’s footballing primacy. It’s our ball, after all. But such an attitude is perilously small-minded. Without competition in the Champions League, the TV money will dry up as European broadcasters decide they’re not that bothered about showing English teams winning things. But there is more than a financial imperative here, there is a moral one. After all, is making sure we don’t take football from the world as generous as giving it out in the first place?